greetings from the F5! 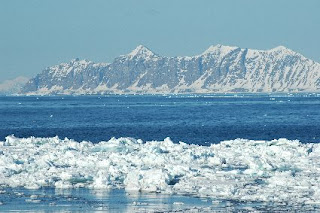 Sanna, a friend of the F5 has met them yesterday and sends some good news :

"So far they have reached the end of Gangalen and heading towards Reindalen and Van Mijen fjord. As results of two days of skiing they have zero frostbites, zero polar bears and a big list of things that they forgot to take with them.
Some of the missing things, which were the most important and reasonnable, Sana delivered to them yesterday, like the fuel for the stoves...with a tiny communication problem, she tought they forgot ALL the fuel but later in the evening she found out that they had some, they just missed the emergency fuel...Looks likes they were more prepared than what was expected!
Some of the important things are still missins like a peeing bottle (500ml) to Ulli because it is too cold to out to pee in the middle of the night...he needs his luxury.
So if anybody plans a trip to their way...and even though you don't have anything to bring to them and you are going their way, they would be happy to get visitors.
Like Kim said : "Three visits a day makes the doctor go away!"

Sanna did that yesterday, now it's somebody else's turn!
Posted by Lucas at 20:07