A Grand Traverse of the Vercors 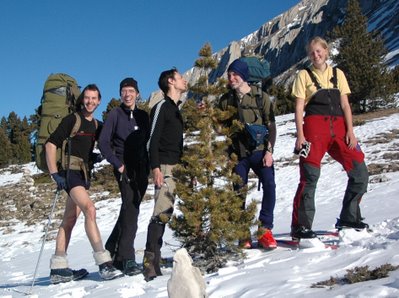 This week the five friends of the Frozen Five crossed the most beautiful part of the Vercors range, in south-eastern France. Starting near Monestier-de-Clermont and finishing in Corrençon-en-Vercors, Lucas’ planned route included an 800 m climb onto the High Plateaux of the Vercors Range, followed by a couple of days of skiing across the somewhat forested alpine plateau.

Since this trip was the last preparation we’ll have before the actual expedition as a team, we tried to make use of most of the expedition equipment. Walking to the train station in Grenoble, the lucky ones that saw us were impressed by Lucas’ monster telemark boots, Ulli’s expedition “trainers”, Hella’s brand-new pants (you don’t have to take them off to go to the toilet…), Mats’ shiny new skis and Kim’s video camera set to make the trip’s moments eternal. And that’s not even considering the shiny, red tent that we slept in. With two entrances, plenty of cooking space and a well though-out design, these tents will surely prove to be a nice home on the upcoming two and a half month trip. 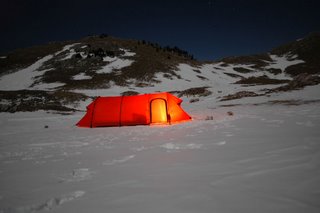 Throughout our three days out on the plateau, we experienced rather warm conditions during the day, but also well-below freezing (Mats’ educated guess stands at -10°C) during the night. No frostbite this time, for which we’re all grateful. The skiing conditions, while far from perfect, allowed us to ski the majority of the way, pulling the pulka (a sledge that allows its owner to pull much more gear than would be possible in a backpack) throughout.

And, of course, being together allowed us to discuss important aspects of the expedition, notably food, safety and our equipment. More specific blogs about these aspects will follow soon…

At last, I could find your post again. You have few [url=http://tipswift.com]useful tips[/url] for my school project. This time, I won't forget to bookmark it. :)