Frozen Five are Five again, and no longer hungry 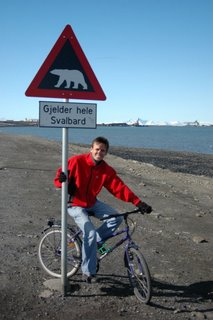 Over the past few weeks, the Frozen Five project has been steadily picking up steam, probably fuelled by the now traditional Thursday morning Skype meetings (Wednesday evenings for our European contingent, lucky buggers that don’t have to get up). Almost too much has happened to update you in one blog, so expect a few more blogs coming this way as we try to re-capture the happenings.

Definitely the most important change concerns the team. Due to unfortunate circumstances, and unavoidable university commitments, Jirka will not be able to join the team for the traverse. This was a big blow to the rest of the team, since Jirka’s experience, good humour and culinary skills (he makes the best Czech dumplings ever) will be missed. Jirka is still heavily involved with the project, having volunteered for perhaps the most demanding job of all, getting food for a bunch of hungry Arctic wanderers. About 50 kg of Czech food was bought (okay, maybe chocolate bars and instant soups are not the exactly “food”) and is currently en route to where it will be sorted and re-routed to our food depot at Hornsund. Thanks Jirka!